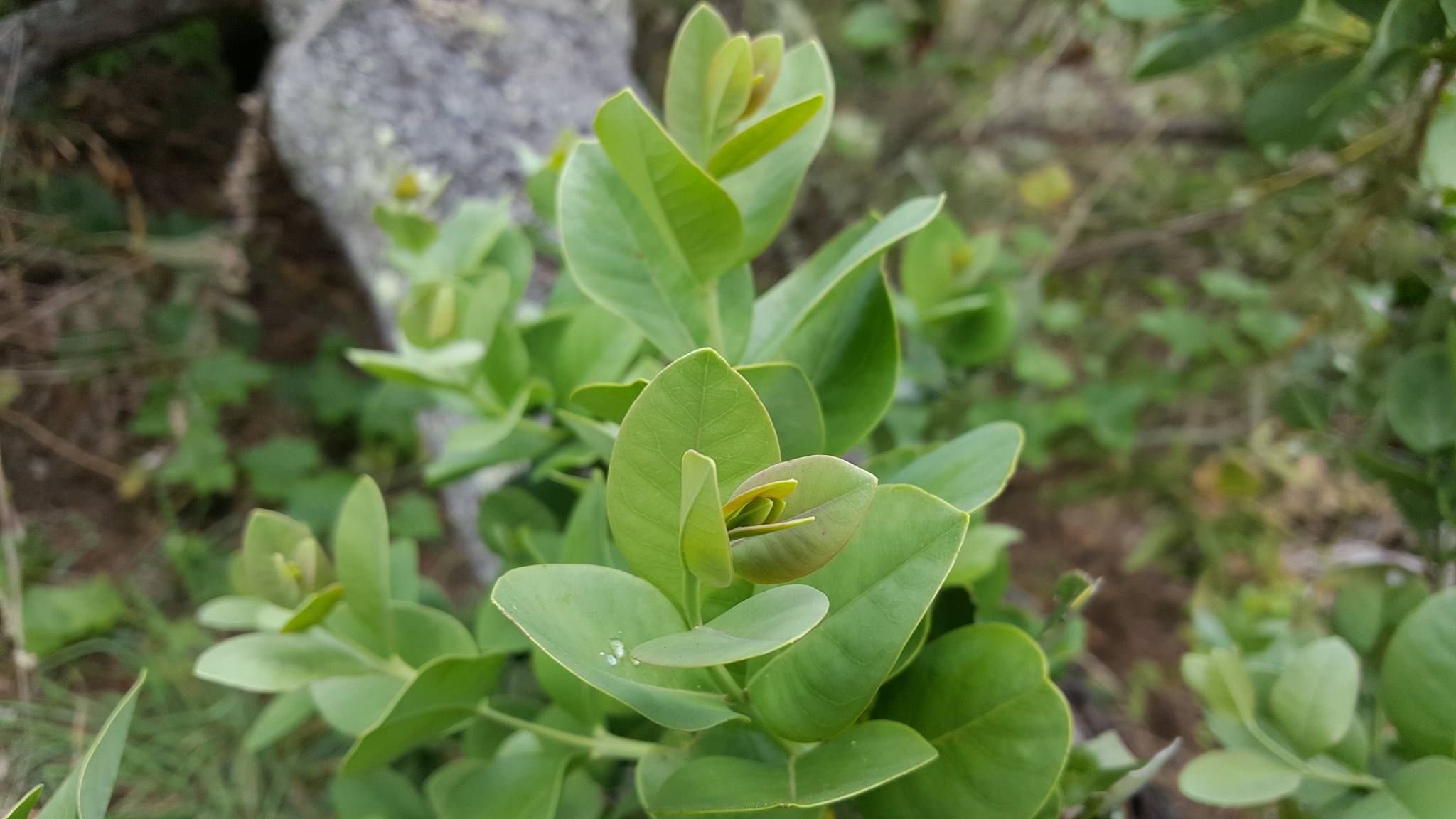 Hawaii is home to 4 species of endemic plant species found in the genus Santalum, and possibly more depending on which method of classification is being used. Here, we focus on two species which can be found on Hawai’i Island, Santalum paniculatum and Santalum ellipticum.

‘Iliahi, a member of the Santalaceae family, is a highly variable plant in its growth and form. Ranging from a sprawling shrub to a large tree up to 50’ tall, ‘iliahi can be found from near sea level to around 8,000’ elevation. The leaves can be leathery to succulent and often are observed with a glaucous (bluish-gray) tinge to them. The flowers can be cream in color to green, have a sweet fragrance, and are arranged in terminal and axillary compound cymes. Once fertilized, the seeds mature in purple to black drupes about 9-12mm in length. ‘Iliahi is a hemi-parasite meaning that they can attach themselves to neighboring plants and will absorb some of their nutrients from the host plant. However, ‘iliahi is not completely dependent upon host plants and will uptake nutrients via its own root system as well.

In the landscape setting, ‘iliahi makes for a great accent, screening, or specimen plant. As mentioned above, the growth and habit of ‘iliahi is quite variable, so some knowledge on where the seeds came from and the habit of the parent plant will be helpful when selecting for a specific growth form. Sandalwood makes for a great addition to the xeric landscape and once established, will only need to be watered during the driest months of the year. Over-watering will result in a black sooty mold on leaves and possible scale infestations.

Historically, ‘Iliahi was used medicinally, for lei making, and was occasionally used in the making of ‘ūkēkē (a musical instrument). Later, in the 1790s to early 1800s, ‘iliahi was harvested and exported, largely to China, which led to a rapid decline in sandalwood populations throughout the islands. In 1839, King Kamehameha III placed a kapu on the remaining ‘iliahi and by 1840 the sandalwood trade had come to an end. While not as prevalent as it once was, ‘iliahi can still be found in many of Hawai’i’s dry forests and can still be admired in its natural habitat.