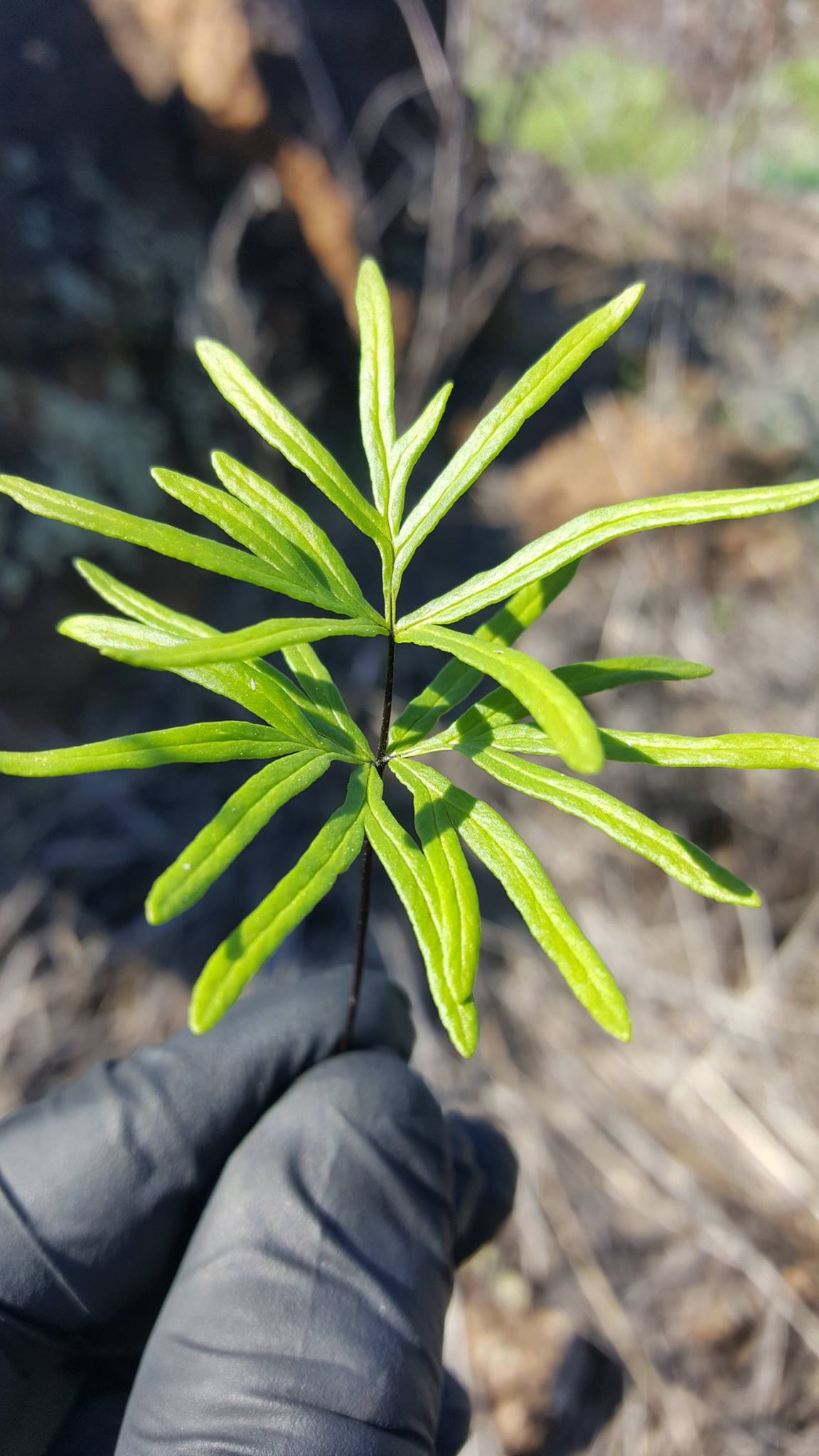 Commonly referred to as the Lance Fern (Doryopteris decora), this native fern is found all over the Waikoloa Dry Forest Preserve!

Doryopteris decora is found on all the major Hawaiian Islands, and is typically found between 350’- 2500’ elevation. Each frond can grow to about 30 cm, with multiple fronds densely clustered in a given area. The pinnae (leafy structures/leaflets of the fern world) are opposite and spread out of the plane of the blade, giving it a 3-dimensional appearance.

Ferns are a type of vascular plant, meaning that they move water throughout their bodies via water conducting vesicles. However, the ferns differ from other vascular plants in that they reproduce through spores rather than flowers and seeds. Hawai’i is home to many endemic species of fern, and Doryopteris decora is one of them!