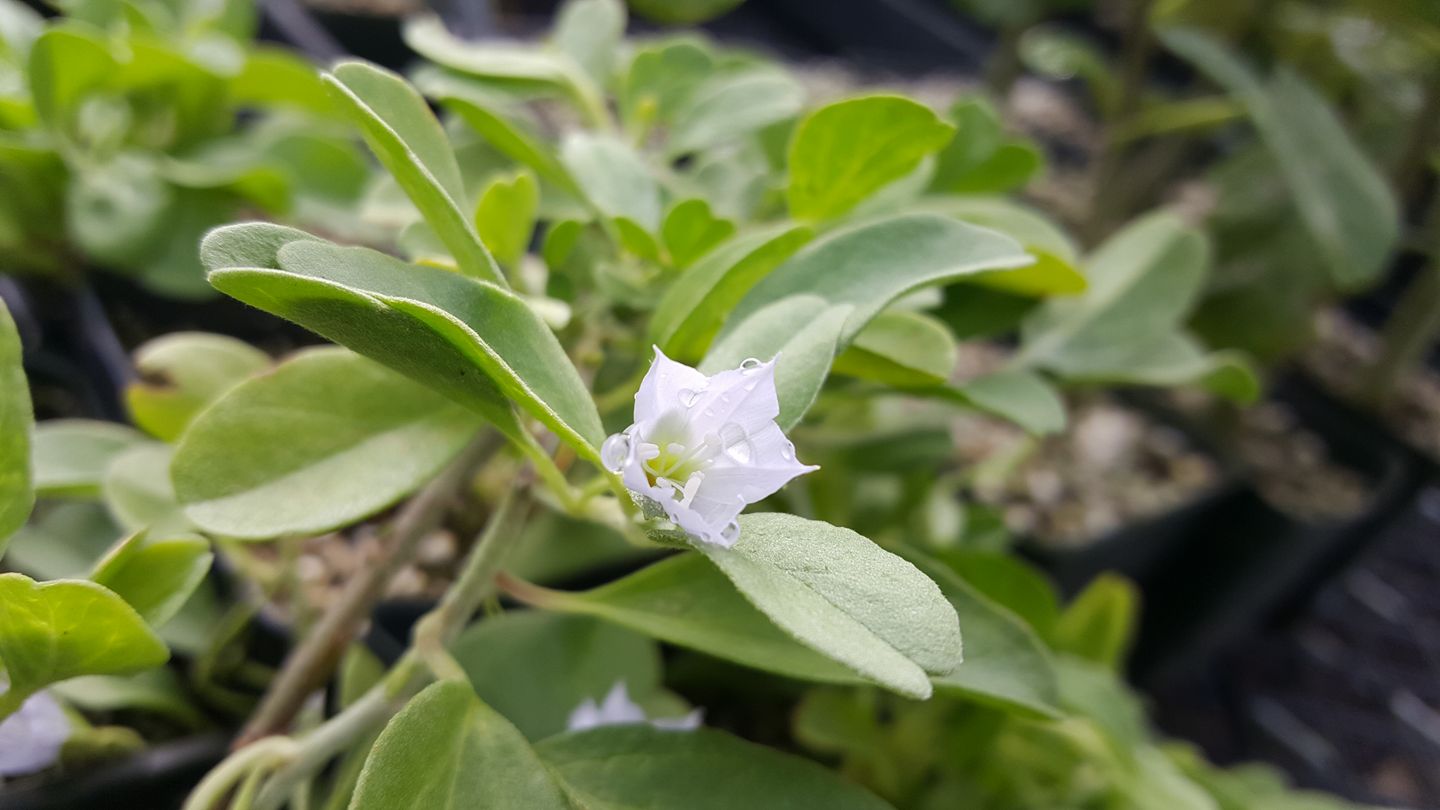 Pā’ūohi’iaka is a member of the Convolvulaceae family (Morning Glory Family) and is a common species in coastal landscapes. Interestingly, Jacquemontia ovalifolia is indigenous to Hawai’i, but it also occurs naturally in Mexico, the West Indies and Africa. However, a subspecies (Jacquemontia ovalifolia subsp. sandwicensis) is endemic and only found here in the Hawaiian Islands. This subspecies is recognized by its densely tomentose (hairy) leaves and stems, which help the plant survive in dry conditions and full sunlight.  These hairs, which often vary with the amount the sunlight the plant receives, give the leaves of pā’ūohi’iaka a silvery appearance. It is a sprawling vine that will radiate out from the main stem, and will root at the various nodes that touch the ground, which make it very durable against the strong coastal winds.  The bell-shaped flowers typically appear between December and July and are white to purple. The fruits will appear as tan to brown capsules that are enclosed by large sepals.

Once established, this beautiful plant is easy to grow and maintain. The spreading vine is best used as a ground cover and the rooting nodes make pā’ūohi’iaka a perfect candidate for erosion control.  The silvery appearance of the leaves makes for a nice contrast with other green foliage in the landscape. When several individuals are planted together, they will form a dense ground cover. This plant is great for coastal communities and will tolerate drought, wind, heat, brackish water, and sea spray. For the greatest number of flowers, plant in full sun!

Historically, dried leaves of pā’ūohi’iaka were made into a tea or mixed with niu (coconut) and eaten as a food. It was also used medicinally to treat babies with thrush, as a laxative, and for general weakness.